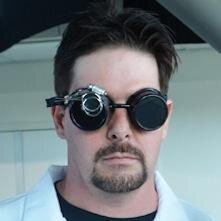 Gavin Andresen is a Cryptocurrency Twitter influencer. Gavin Andresen (born Gavin Bell) is a software developer best known for his involvement with bitcoin. He is based in Amherst, Massachusetts.

Originally a developer of 3D graphics and virtual reality software, he became involved in developing products for the bitcoin market in 2010, and was declared by Satoshi Nakamoto as the lead developer of the reference implementation for bitcoin client software after Satoshi Nakamoto had announced his departure. In 2012 he founded the Bitcoin Foundation to support and nurture the development of the bitcoin currency, and by 2014 left his software development role to concentrate on his work with the Foundation.

How we calculate a company Trust Score

if this page needs an update or change

If you are a project team member

By continuing to use the site, you agree to the use of cookies. more information